So for example, you can draw vector shapes and save them as SVG. The file can then be opened in an SVG editor. In particular, with Inkscape the layers information is also available. Conversely, if you prepare a layered SVG in Inkscape, you can open it in LazPaint and you will see each layers and be able to transform then or change their visibility.

Text and curves are supported, the only limitation for now is when using texture filling and phong shading which are a bit complicated to handle in SVG.

The OpenRaster format also allows to add SVG layers. Similarly, you can make a layered image in LazPaint, use vector shapes and save it as OpenRaster. You can open it in various software that supports OpenRaster with SVG: DrawPile, Chasys Draw and MyPaint. If the target software does not handle SVG, you can first rasterize the layers. There is a button in the Layer stack for that. You will see its effect by the little icon at the left of the layer preview. OpenRaster without SVG can be imported in most layered image editors.

Conversely if you create an image in MyPaint, add an SVG layer in it and save it as OpenRaster, you will be able to open it in LazPaint without difficulty.

Popular posts from this blog 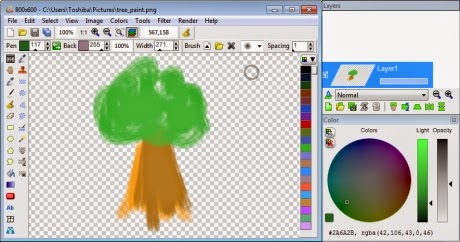 A new version of LazPaint is available (6.4.1). New tools and filters   Brush tool: you can specify the shape of the brush, load it from a file. It can contain a gradient of opacity. Clone tool: right click to set source location, and left click to duplicate. You can use it to remove an object from a photo or duplicate an existing object. Rain rendering: apply rain on the image so that it looks the weather changed Toolbar Added palette toolbar: load/save palettes in various formats, posterize or dither image Main toolbars can be hidden or shown by right-clicking them. Toolbox is docked inside the main window (left or right side) so that it is not in the way anymore Improvements and fixes When saving files as PNG, JPEG and BMP, the color depth or quality can be chosen. Output image and size is previewed Now 3d models are loaded with their textures and custom normals Fix for filters: effects are applied only on the selected area instead of the bounding recta
Read more 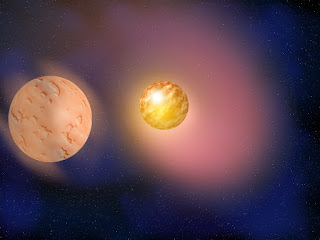